Nick Groff’s Latest paranormal exploration series, titled “Death Walker with Nick Groff” features eerie documentary-style Episodes, Each dealing with unique haunted locations all over the world. Poltergeist activity, shadow figures, mysterious noises, and everything of that sort is what this show is made of.

Self-hosted by Nick Groff and written by Elizabeth Saint, Death walker claims to contain raw “What you see is what you get” footage. Having two successfully completed seasons and a third ongoing one, Death walker is sure to give viewers a deeper perspective into the paranormal and psychic world.

This series falls into the genre of Horror and Reality TV and has caught the attention of many paranormal enthusiasts, most of whom were Nick Groff fans from his previous shows.

Death walker with Nick Groff: The Plot Behind The Show

This show features Nick Groff and his investigation team, usually of two other people equipped with necessary ghost hunting equipment, visiting infamously Haunted locations all over America. Each episode deals with a specific location that may or may not have been known to the public as being haunted. 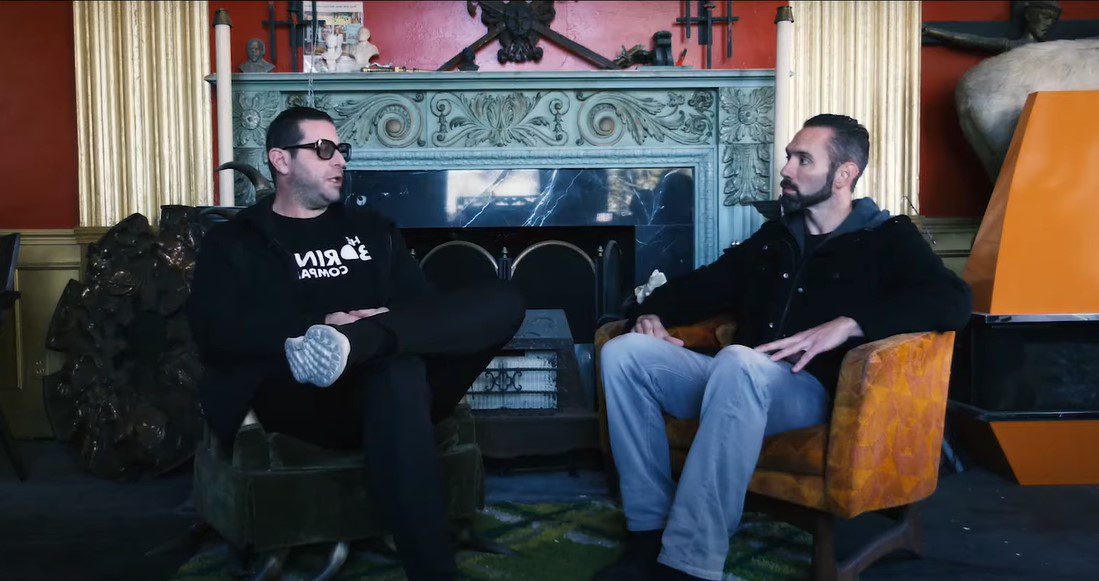 It starts with Nick talking to people who’ve witnessed strange incidents and then continues with Him exploring the said locations, often demanding responses and trying to communicate over to the other side. Nick even goes as far as staying overnight to record paranormal activities.

The former “Ghost Adventures” Co-host provides various reasonings and proofs behind the unexplained phenomena, some being involved with other dimensional beings and Aliens.

This Series, which ironically premiered in The Haunted Riviera Theatre, New York, consists of 3 seasons, each with its own narrative:

Season 1: The first Season, which Aired around April 9th, 2021, was mostly filled with theories and explanations behind otherworldly occurrences at the Haunted locations. It lasted till May 7th, giving us about 5 episodes.

Season 2: Season 2 of the show had a much more interesting concept. Death walkers Season 2 focused on studying the possibility of Ghosts and other metaphysical beings causing actual physical harm. It started on 5th November 2021 and ended with a total of 15 episodes. A notable episode of this season was “Olde Park Hotel” where Nick Groff explored the historic Texas-based Hotel for a total of two nights.

The Latest Season of this Television show is supposedly much more realistic and nightmare-inducing. It utilizes advanced equipment and explores places that have a rich history of Brutal violence and Hauntings.

Death Walker Premiers Every Friday, with each episode lasting 42-45 minutes. Death walker Season 3 Episode 19 is set to release on September 23rd, 2022. It will revolve around another Haunted location in Western New York.

Season 3, Which began airing Earlier This year on May 13th, Claims to up the game with better use of technology and Equipment. The use of Legitimate 3rd party Analysts to explain the various mysteries around each location is also another addition that was never focused upon in the previous seasons.

This season of Death walkers is expected to end with a total of 20 Episodes, The last being released by the end of September 2022.

All the episodes of “Death walker with Nick Groff Season 3” are Released only on the streaming platform Discovery plus, UK, for now. The previous seasons are available on Prime Video as well, but not Season 3. Canadian viewers can also watch the show on Discovery plus, but It’s only possible at a handful of locations.

Nick Groff’s other series, “Paranormal Lockdown” and “Ghost Adventures,” were also only available at Discovery plus, so it’s no surprise that Death Walker has such limited streaming platforms. However, Nick claimed that he made a “40 Episode deal” to make the series available to other audiences in America and worldwide.

Until then, only viewers from the United Kingdom will be able to stream all the seasons of Death walker.

Also Read: Why did Nick Groff leave Ghost Adventures? Reason behind it

Games that improve your aim

The Kelly Clarkson Show Season 4 Episode 3 Release Date: Who Is The Next Guest?