The Kardashians Season 2 Episode 1 release date is here again after the hype for the show has been created by each sister on their social media. Hulu has done a great job in creating a cinematic experience of the sisters on TV, and it is, surely, way better than what we saw on Keeping Up With The Kardashians. I mean, not the plot, just the camera directions and watching experience.

Coming right on to what we can expect from the next season, there is a lot to uncover. There is an obvious drama revolving around Khloe’s life. Last season, by the end of it, we saw her plans all high to move in with Tristan and their daughter True and have a family together. Her surrogate was also halfway pregnant by the time news broke out that Tristan had cheated again.

Kim had her narrative about her always being skeptical about Tristan trying to enter Khloe’s life but trusted him because he was putting in the effort. Turns out he lied again when Khloe threw him a 30th birthday party, and he straight up went ahead and slept with one of the girls working there. She got pregnant, and their child is about to be born as well. The tests have proven that Tristan really is the father, and he himself has accepted as well. With The Kardashians Season 2 Episode 1, we will see how everything changed in Khloe’s life and her plans with this huge disaster. 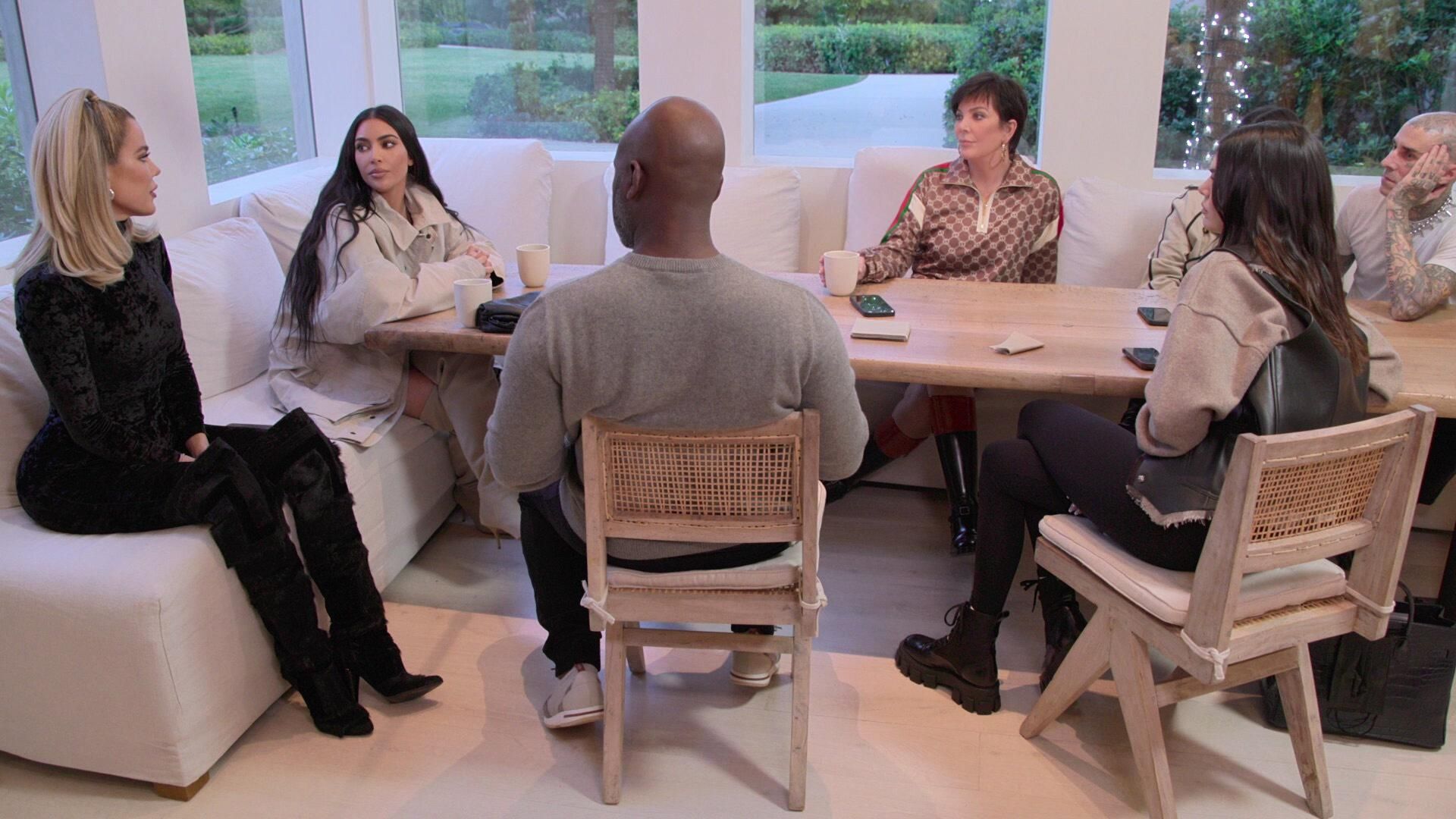 A still from The Kardashians Season 1

Coming back to Kourtney’s story, back in season 1, she was desperately trying to have a kid with her now husband, Travis Barker. The highlight of this season, as we can expect, will be their wedding which took place in Italy. The fans will be able to get a better look at the influencer’s first wedding ever. We will also enjoy the scenic beauty of the place. They might even have got a good egg by now, and Kourtney and he may be pregnant, which will all be disclosed with the new season.

Now, another highlight of the year was with Kylie. She has given birth to a baby boy and shared his name on social media, saying it’s Wolf. But she then revoked the statement saying the couple did not feel like their child is Wolf and had decided to rename him. We might see more of the clips from her pregnancy and how it all shaped her. Then there were obvious rumors that Kim is single once again. She was dating Pete Davidson, but the two have supposedly broken up.

The rumors state that the two were not on the same page in the relationship because Pete wanted to settle down and be serious with her, but Kim has just gotten out of a marriage and is not looking for an immediate relationship right now. Well, more of this will be explained later in the series as the episodes start rolling on Hulu each week. Coming back to the release, here is what is supposed to go down.

The Kardashians Season 2 Episode 1 release date is on the 22nd of September 2022. The episode is supposed to drop out on Hulu at 3 AM Eastern Time. New episodes, just like its previous season, will drop out every week on Thursdays, and fans can keep an eye out for the same.

How to Watch The Kardashians Season 2 Episode 1

The Kardashians Season 2 Episode 1 can be watched easily when it releases on Hulu at the date and time that we have mentioned above. This is the only legal way that fans can access the episodes in the United States. Hulu costs 6.99 dollars as its basic subscription along with ads. This can be upgraded to a higher one at 12.99 dollars. The service also offers a free trial lasting a month which can be used to watch The Kardashians Season 2 Episode 1 for free legally. But this option is only for new subscribers.